To Merge, Or Not To Merge, That Is The Question

While decisions about whether or not airline mergers are an existential necessity are still in the air, it's time to take a deeper look at their shadow side, to understand how they touch the lives of employees and passengers, and what is their impact on cost and service quality.

On Sunday 9th April 2017, Doctor Dao, United Airlines’ passenger, was violently dragged out from his seat just before the departure of his flight UA3411 from Chicago to Louisville. He was chosen to leave the plane against his will despite his claims that he was needed at a Louisville hospital. The reason: airline needed to make room for four unexpected employees of a partner airline who needed to get to Louisville by Monday morning to crew another flight. United originally characterized the flight as overbooked, but later said that was (obviously) not the case.
The incident would have probably stayed contained locally (as most of the disruptive events do) if it was not for the video that his fellow passengers posted on social media. It caused an outrage against United Airlines. Airline’s CEO Oscar Muñoz rushed to defend the employees' conduct and said that forcibly removed doctor had been "disruptive and belligerent". As the video went viral and company’s shares began to slide Mr Munoz reset the tone and softened his words.
The question is, why would an airline that cares about its business and reputation ever think of allowing a paying passenger to be assaulted, so that its own employee could take his seat?
To answer this question we need to dig a bit deeper. Doctor Dao’s case revealed the tip of the underlying pattern that is invisibly eroding the future of air travel. Major legacy airlines are caught in a self-made trap by choosing to operate a hub-network, wrongly assuming that they can expand indefinitely within finite airport capacities. Consequences experienced today include operational and financial volatility of major hub operators, a rise in operational disruptions and passenger dissatisfaction.
The origins 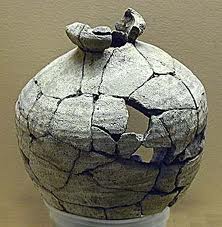