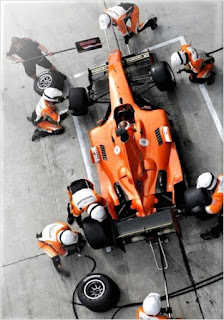 Aviation has always been a tricky business and these days it seems to be trickier than ever. One after another, airlines are disappearing from the industry landscape, either by losing identity or in an old-fashioned way – running out of money.

Numerous attempts have been made to explain the reasons for these systemic failures and, deep down, they all have something in common: the way airlines interact with the randomness of their operations does not correspond to what strategists and decision makers expect.

​The disconnect between strategy and operations has become the main (still unrecognized) cause of growing operational disruptions, work inefficiencies, uncontrollable rise in costs and passenger dissatisfaction. Flight disruptions are still viewed purely as an operational issue, despite the fact that the majority of their underlying causes have strategic and cross-functional origins, invisibly shaping the quality of day-to-day operational decisions.

​This means that, for example, every time an airline decides to expand its operation to congested airports, increase aircraft utilization (and productivity) by reducing schedule buffers and shortening already tight turn-around times, it puts lots of additional pressure on operations control centre. This risks an exponential increase in changes to planned schedule, with all of the (unreported) consequences this can have on overall results. ​

As things stand, OCC’s are not adequately equipped to cope with high influx of changes that make their work even more complex, exceeding human capacities to handle them. Outdated technologies restrict the scope and speed of this process making improvements hard, perhaps impossible to achieve.

Most airlines have become too slow to respond and adapt, and this needs to change. And change includes adjustments where the interplay between human abilities to cope with complexity, and benefits offered by new technology are recognized and skilfully managed. How can this be achieved?

In search for answers I couldn’t think of anyone better able to answer this question than Daniel Stecher, a leading-edge operations and technology expert, fresh thinker, and enthusiastic leader who inspires change and is willing to share his insights. Daniel’s all-round knowledge and deep understanding of operations and technology comes from his first-hand experience at a major European airline and at a leading provider of airline software. He gets his messages across in many ways by visiting airlines, speaking at conferences, writing, blogging, tweeting, all this with rare ability to explain complex problems in a way that can be easily understood.

I asked Daniel to explain what it takes to bring together the best of what interactions between people and technology can provide.

JR: Flight disruptions continue to grow faster than what airlines can perceive, and have ability to control. Still, they keep expanding even to most disruption-prone areas, unaware of the full consequences of this strategy on operations, cost, and revenue. They expect that, in the end, operations centres will somehow make it all work. Being at the crossroad between disruptive strategies, disrupted schedules and disrupted passengers, the question is how do people in Operations Control Centre (aka IOC, OCC, SOC, NOC) cope with complexity arising from this situation which is not going to change in a foreseeable future?

DS: There is a nice quote from an industry friend who told me: people working in OCC’s don’t know what they don’t know’. That I think puts in one sentence the main issue and challenge for OCC’s because everything is pretty much reactionary and based on gut feelings and what has been planned based on a picture of future optimized weeks or months ago is suddenly not coming through. It is no longer relevant because the people who built the schedule, and the people who made the roster are unaware of the sources of disruption including technical problems, sick crew members, congestion at airports, and so on. The consequences are that, compared with the original plan, only 70-80 % flights on average operate as scheduled.

The first question is why don’t airlines make more realistic plans? This is because they are planning with forecasting models based on the past, whereas with predictive analytical models they could have a better understanding as to what is happening in operations and end up with fewer disruptions. Also, every year deviation from plans becomes the norm and every new annual plan becomes a fresh start. This is how problems accumulate and remain unnoticed in year on year company reports.

Secondly, more and more people are traveling and are affected by disruptions which have an impact on their personal lives, their business lives, their vacations, and, in the end, costs us all a lot of money. These disruptions also have environmental consequences because there is a lot of unnecessary fuel burnt which together with traffic expansion further increases CO2 emissions.

The question is how long will airlines be able to sustain this situation? I would say they are not working in a rational manner and I foresee some real changes in the industry.

JR: Airlines spend lots of time and effort on optimizing individual departmental functions. This frequently does not benefit the entire organization, and can even cause additional disruptions. The problem is that the dynamic, non-linear nature of disruptions doesn’t fit into the rigid structures of airline information systems and management reports. This leaves strategists and planners deprived of real-life feedback, hence an opportunity to spot and remove bottlenecks in workflow. In these circumstances, optimising disruptions as they happen seems like a daunting task. How does all this look from an OCC perspective?

DS: There is a lot of emphasis on the optimization of the various planning processes but very, very few airlines focus on the optimization of disruption management. Even though industry estimates vary, some figures indicate that cost of disruptions worldwide has reached a $60bn figure. There are some disruption related figures like compensation to passengers experiencing disruptions, especially in Europe. It has been estimated that over the last three to four years trillions would have been owed to passengers if each qualifying passenger had claimed compensation. If airlines had been forced to pay it by law, some of these airlines would have gone bankrupt based on the previous disruptions for which they were responsible.

JR: How well are OCC equipped with tools that can support these complex decisions?

DS: You need good technology. The bottleneck for airlines is that they don’t have technology in place which follows the concept of smartphones.  So, we need to bring the concept of smartphones into OCC. Smartphones are highly integrated. You don't have to look for the data. The data is already there. There are plenty of apps which provide you with the relevant data. In the airline business it's the other way around.

When somebody needs the information, they try to find the source of this information using paper-based booklets where something is explained or have to call somebody, or whatever, and that's why things are very slow. A lot of information is not available in real time – which is why decision making is suboptimal - some data are missing some data are out of date.

My little smartphone is a good example of how complexity can be managed. Twelve years ago, while traveling to the US I had four devices: a camera for photo taking, a navigation system to get me from A to B, a cell phone to communicate, and a portable PSP to play some games. And then, if I took a picture and wanted to send it to somebody, I had to download it from the camera to the computer, connecting to it with a cable, and if it was not charged, then that was delayed, and then I couldn't send it via email to somebody. If I wanted to send my location - that was very complicated!

Today, all these things are done automatically. The software is developed in such a way that the device is thinking for the human being. We humans are not capable of grasping more complex problems. We can keep in mind up to seven items at one time. We are not made for multitasking, especially when we are under stress, so a tool such as a smartphone is very helpful because it can manage our entire lives. It allows me to connect with every airline system in the world, I can organize my finances, and it helps me with managing plenty of pictures. I've taken more pictures than I have ever taken in the past. So, it is not two Daniels or three Daniels required to manage the multitude of pictures I'm taking, it's the device which is helping me to manage the complexity and this is what I can see as the future for OCC.

The following are links to white papers written by Daniel where you can learn more about topics related to our conversation:

How the lack of technology worsens airline disruptions:

The Flight Shame - How airlines can reduce CO2 emissions by 0.15% now

Airline Crews are disconnected from Passengers’ Social Media - here‘s why.


If you are interested to learn more about a new framework for decision making that bridges the gap between strategy and operations, you can find some guidance in my book ​ Beyond Airline Disruptions - Thinking and Managing Anew and webinar Let’s Disrupt Disruptions.